I Still Haven't Fallen Into Formation

Its been little over a week since the release of Formation. Folks lost their minds, SuperBowl fans were confused, and fans are launching GoFundMe campaigns to raise money for Beyonce tour tickets. Its been suggested that Formation is the new Black folks anthem.

Okay. I’m going to go out on a limb, be really really daring, at risk of losing the one or two cool points I may have and say “yeah, I don’t really get it.”

I watched the video last Saturday when it was released. I waited to be wow-ed and blown away like everyone on Twitter promised I would be. It never happened. Now – it was a very Beyonce-esque song, all about how great she is and some clever lines about hot sauce and Red Lobster and her baby’s au naturel hair. And by the way, I actually do sometimes have a little teeny bottle of Tabasco in my purse. I get it. There are hot sauce emergencies.  But the lyrics did not elevate to “anthem” level.

As for the video - it was a visually strong video, I’ll give it that. From the police car floating in flooded New Orleans, the old school Creole/southern women costumes. Cute Ivy Blue with her full Afro.  The little boy dancing in front of the line of police. All of that. There was some definite Black pride and social messages embedded. But other than Ivy Blue’s appearance and Beyonce doing what she does – dancing in a leotard while repeating “I slay” – the video didn’t really match the lyrics.  So, in my logical mind, I was confused.  Perhaps this was her way of being socially conscious in a low-key, you got to be paying attention, kind of way.

Then we went to the SuperBowl. She dressed in throwback Michael Jackson military outfit (the leotard version), with her blond locks whipping.  Her backup dancers were dressed in black, complete with berets and Afros as a nod to the Black Panthers. I was more concentrating on Bruno Mars, but still noticed that the visual message did not match lyrics about her wonderfulness. It still, however, inspired politicians and police departments to get all bothered about an “anti-police” message. I don’t know how they read that into it, just because folks don’t want to get shot by the police.

Then the tour was announced and there was the flurry and excitement about ticket sales and there were reports of tickets on sale for thousands of dollars. I thought it was all exaggerated and went on TicketMaster myself. Yup. Starting at about $100, all the way up to $8000. Per seat. To see a person. One who has not performed any miracle nor will grant me any special powers.  One who is not touring with Michael Jackson or Jesus as her opening act or the 12 Disciples as back-up singers.  I’m hoping someone will explain to me that the $8000 ticket is some kind of resellers’ trick to hold tickets, Beyonce’s economic folks’ method to drive up demand or something. Some explanation that confirms that no one is actually spending $8000 for a concert ticket. Because I’m ticking off all the things I could do with $8000 other than watch a lady dance in a leotard.  And I want folks to really think about what they could do with $8000. Especially those who are salivating for their tax refund check or needing a GoFundMe campaign or selling their plasma.  And oh, she even launched a charitable donation to Flint Michigan, as a portion of her tour tickets. Well yeah, if you’re charging $1000s for folks to see you for 2 hours, you can surely spare a couple bucks to buy water for some children.

So I’m still stunned. Sure Single Ladies was a great song and who can not dance when Love on Top or Crazy in Love comes on. And my heart tugs a bit everytime I hear If I Were a Boy, though I don’t think it gets played as often as it should.  And nah, I wasn’t really crazy about the 2013 self-named “secret” album, sorry Beehive residents.  So, although I get the pieces of Formation, if not as a whole work, I don’t really get what all the buzz-buzz is about, other than it is Beyonce. Or maybe that’s all folks need. For me, I need a bit more to fall into formation, so I'll still be singing Life Every Voice.

Join the conversation on Facebook: Just Piddlin' with Frances
Posted by Mommyx4 at 4:55 PM 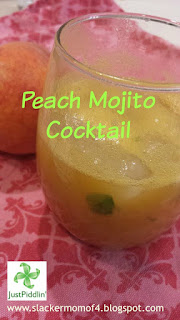 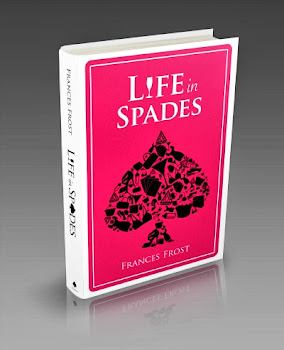